The new school year is about to kick off for most families and to celebrate we are having our Annual Beginning of Year Potluck and Planning Session!  This is a fun time getting to know each other better and supporting each other as the year begins.  It’s also an exciting time of planning what field trips we want to do, finding hosts for our Mom’s Get Togethers and mapping out the Sports year.

PHSA has a requirement that each family sign up to organize or assist in organizing an event each year.  This can sound like a daunting thing but  it’s not PHSA policy to throw you to the wolves.  We gladly take your hand and show you what needs to be done and a more experienced member will walk alongside you as you learn.  Often we encourage new people to host a Mom’s Get Together either at their home or at a local restaurant.  These are great ways to get to know each other better.

We encourage people to come and meet us and see what we are doing.  Who knows?  You may want to stay.

This year the Potluck is at Grecian Heights Park near the play structure starting on Thursday, August 21st at 5:30.  We hope to start the Planning Session at 6:30. 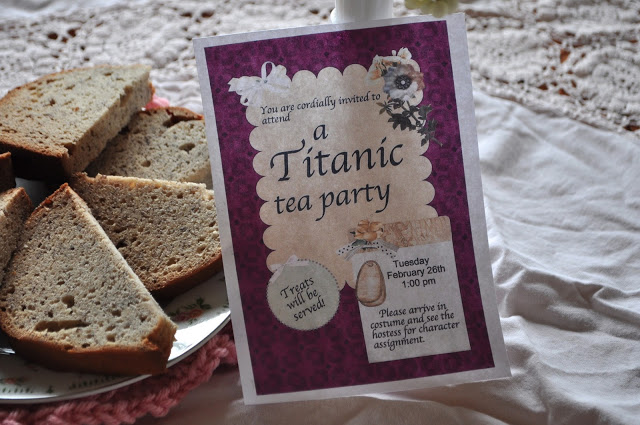 One of my favorite things about homeschooling is that we have all the time in the world to do fun things at the drop of a hat. 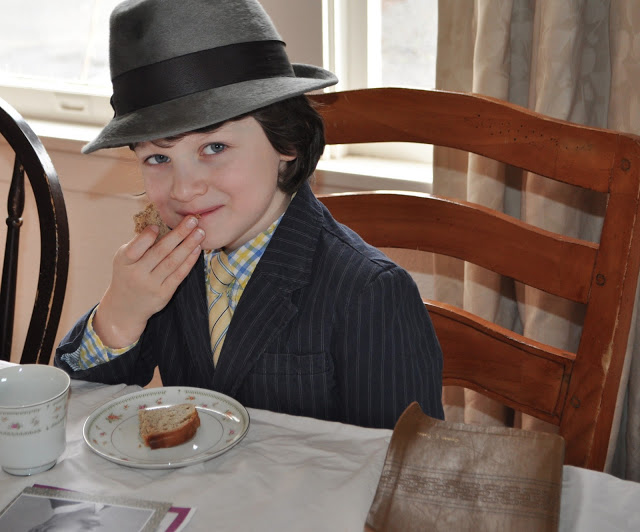 We’re all history buffs around here so I try and find creative ways to fit a history lesson into whatever other things we’re working on.  I love to incorporate historical facts with Bible truths for fun devotionals for my kids. 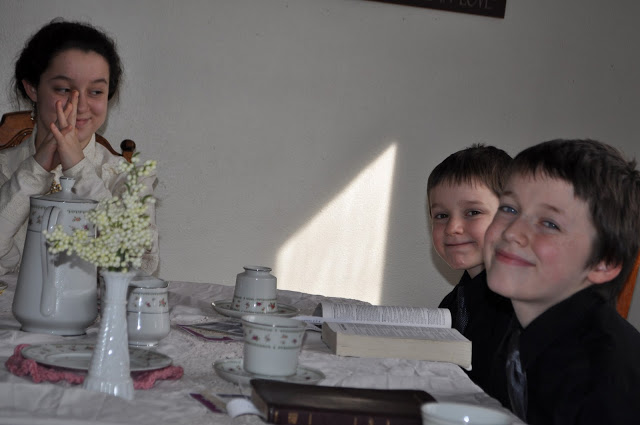 Awhile back, we had a Titanic Tea Party.  I made them an invitation and had them dress up in their fanciest costumes.  They all came upstairs and sat around the tea table and I handed them each a character card. 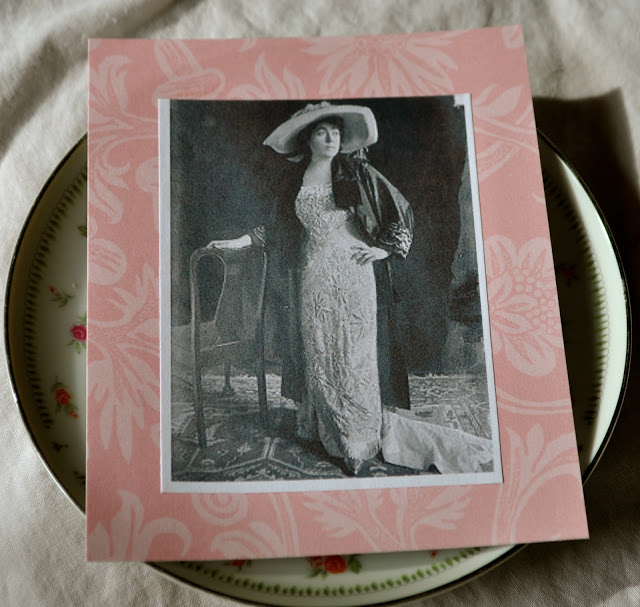 I put a picture of an actual Titanic passenger on one side and a short biography on the other. 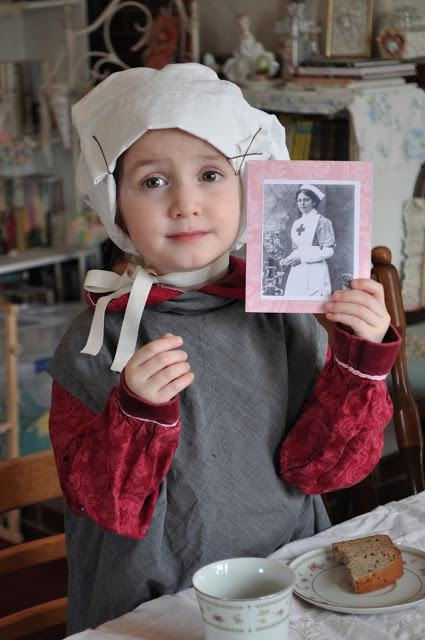 A.C. was the nurse and stewardess, Violet Jessop.  L.C. got her all fixed up in her nurse’s apron and cap. 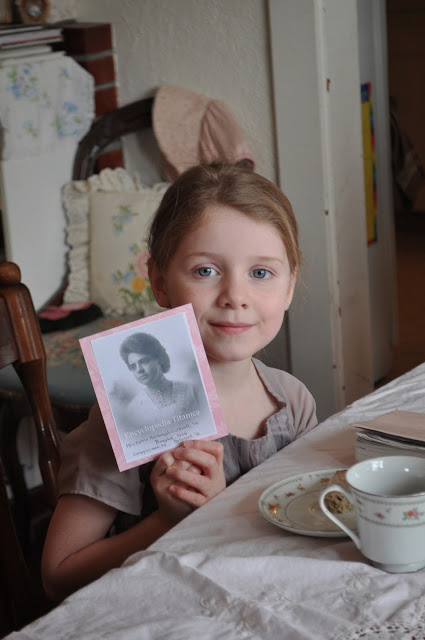 S.C. portrayed Mrs. Sylvia Caldwell, a missionary who claimed to have heard a crew member say, “God himself could not sink this ship”, upon boarding the Titanic. 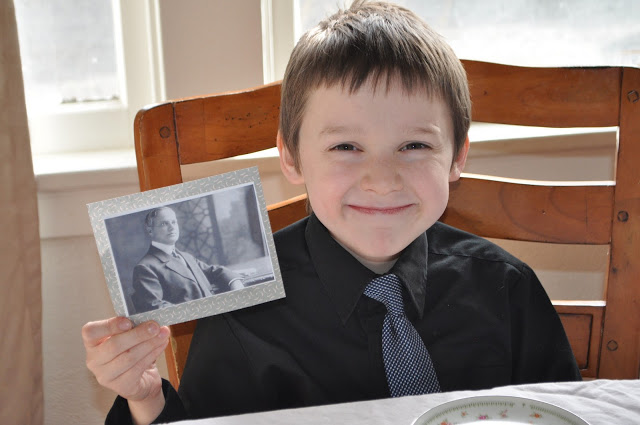 E.C. was American businessman, Benjamin Guggenheim.  We all agreed that Guggenheim acted most heroically by refusing to take a place on the ship that could be given to a woman.  He went down bravely and in his best clothing.

M.C. was Captain Smith.  While the Captain made some bad choices that might have led to the Titanic’s demise, he ultimately did the right thing by staying with his ship and taking responsibility for the disaster. 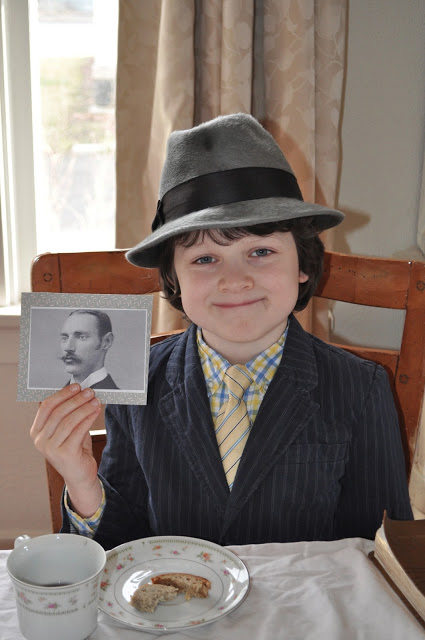 C.C. thought it was pretty awesome to be John Jacob Astor, the richest man in the world at the time—until he found out that Astor, like the other men at the table, did not survive the sinking.

L.C. had studied the Titanic’s history previously so she was familiar with her favorite character, the “unsinkable” Molly Brown and her bravery in trying to convince those on her lifeboat to go back and look for survivors.  Isn’t her dress perfect for the occasion?  We found it at a yard sale last summer—love it!

They took turns “introducing themselves” and then I gave a lesson linking up the prominent passengers’ actions or attitudes with Biblical truths.  It was a lot of fun and I think it got them thinking about issues like pride, duty, and priorities. 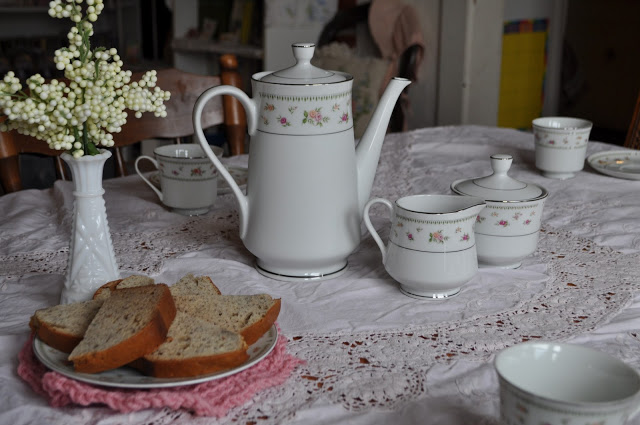 We used this set of Abingdon china that my mom gave me.  I believe it was put out in the 1960s. 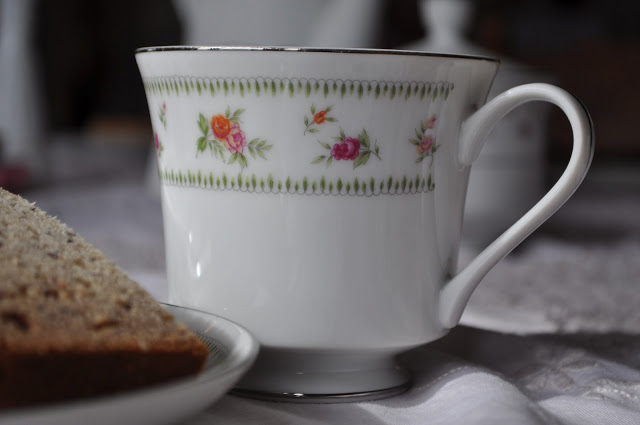 We love to use it for L.C.’s birthday tea parties, as well as whenever we have special guests.  I figured the Titanic passengers would enjoy a little “Grape Kool-Aid Tea” and banana bread. 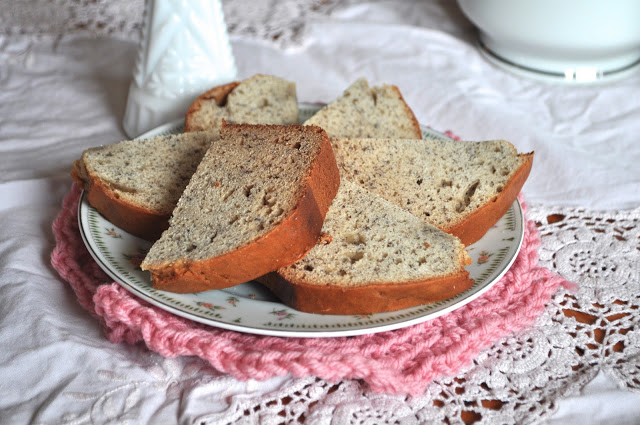 It was a great party and a fun learning experience.  See the pretty doily under the bread plate?  E.C. made that for me—I love it!

*Views and opinions expressed by the author are not necessarily those of PHSA.

Just a reminder to send in your notification of homeschooling letters to the ESD if you have a child who is seven now (and you haven’t previously notified the ESD) or you are going to homeschool this year for the first time.  Here is the link to our local ESD where they have the information that they need.

joining homeschooling families together in the Pendleton, Oregon area